Recipes travel, just as explorers, traders and armies do, to say nothing of plants and foodstuffs, so it is often difficult to ascertain exactly where a recipe originated. The truth is that with certain everyday ingredients such as eggs and milk being available pretty much everywhere, even chance might play a part in a similar recipe evolving or being discovered at opposite sides of the world, sometimes almost simultaneously.

The mouth-watering little delights known as Yemas have for a long time been proudly recognised as a local speciality in both Spain and the Philippines.

The yemas of Santa Teresa 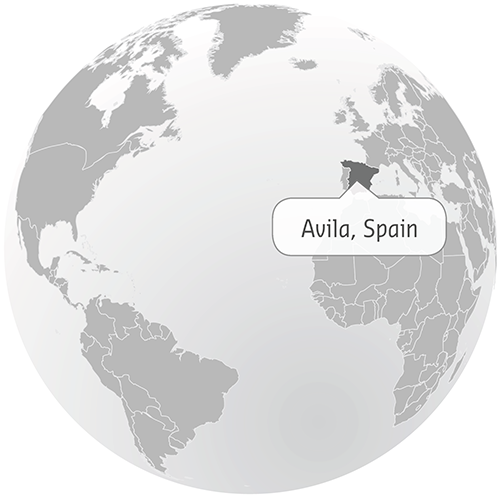 This version holds that the monks in a monastery in Avila used egg whites to purify their wines, but since they had no use for the egg yolks, they were given to nuns at the convents to use in sweet preparations. Yemas were one such preparation.

An alternative to this story is that the nuns at the Convent of Saint Teresa of Avila used to take in people’s laundry and egg whites were used to starch the linen. The unused egg yolks were mixed with a syrup of lemon juice, sugar, cinnamon and water, formed into little balls and sold as yemas.

Yet a third version is that yemas began to be made in Avila by a pastelería or pastry shop belonging to a certain Don Isabelo Sánchez some 150 years ago. Seeing a good opportunity for these popular little sweets, Don Sanchez registered the name of Yemas de Santa Teresa for his own shop. Other pastry shops wishing to make yemas from then on were obliged to use a slightly different name and they were sold as Yemas de Avila. 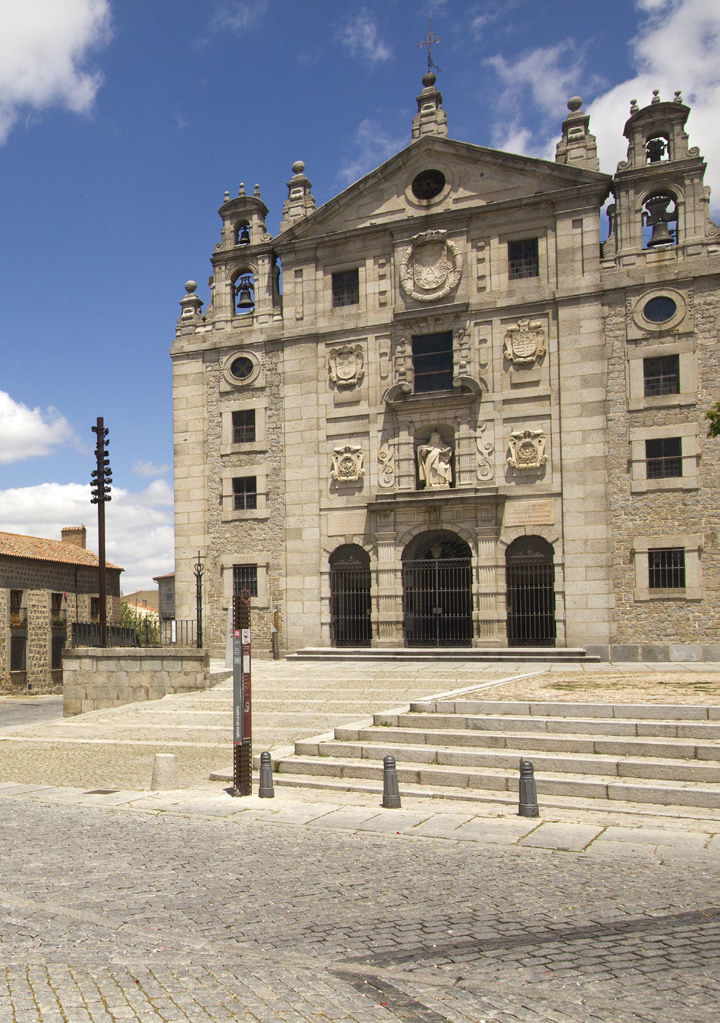 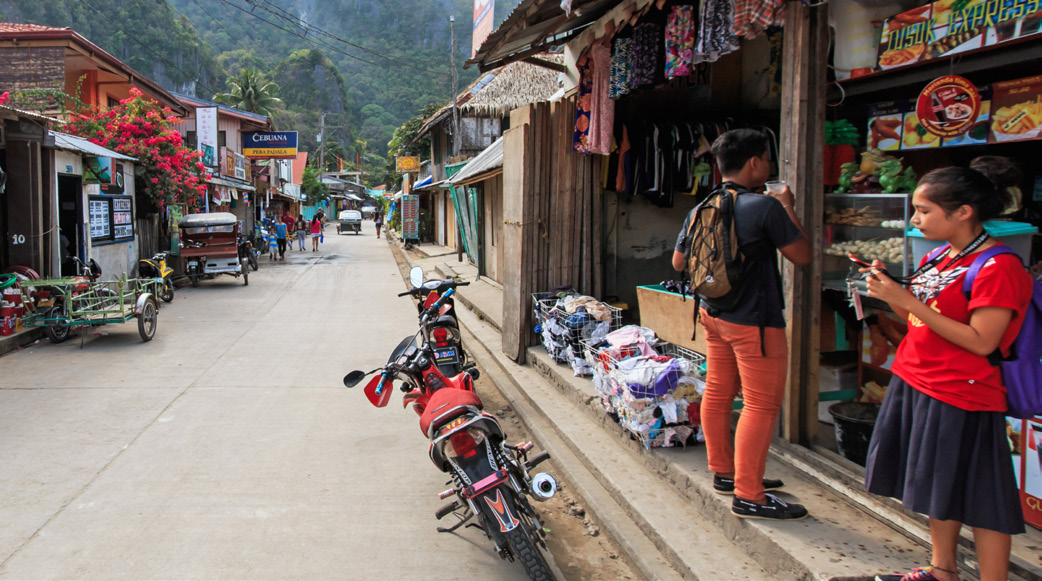 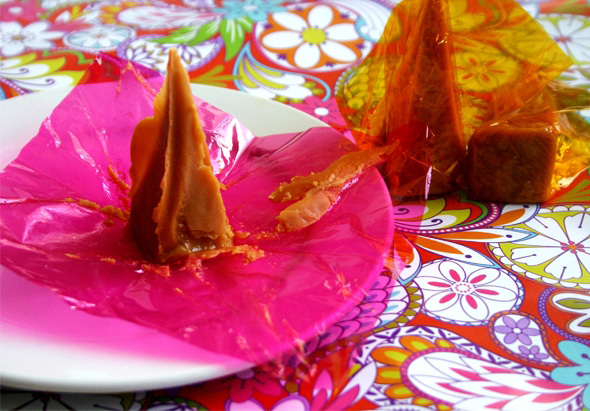 On the other side of the world… 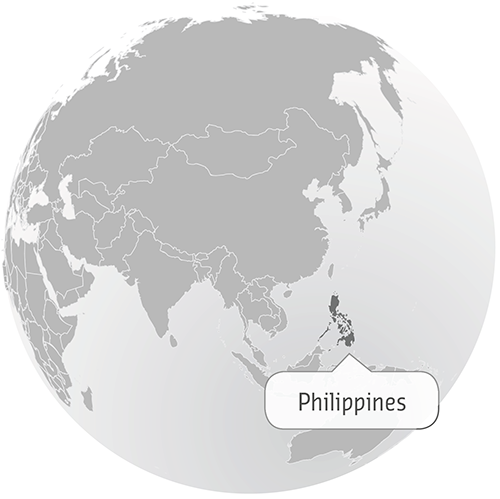 In the Philippines, on the other side of the world from Spain, it’s not only in bakeries and pastry shops that you will find yemas. Just pop into any of the colourful neighbourhood stores known as sari-sari or glance at the roadside stalls and you will be sure to find yemas.

“Yema” is a Spanish word that means “yolk.” During the Spanish colonial period, egg whites and egg shells were used as mortar to build churches in the Philippines. This left an overabundance of egg yolks. Since Filipinos are accustomed to not letting food fall into waste, recipes that are mainly based on yolks, such as yema were created.

In the Philippines, yemas are usually made into little yellow pyramids and squares, and wrapped in colourful cellophane rather than the little round balls presented in paper cups as in Spain.

So, were yemas introduced here by the Spanish, or were they invented by thrifty locals? Once again, the origin has never been proven with historical accuracy.

Mix all ingredients to a homogenous dough. Laminate to 3 mm. Cut little rings the size of a Yema mould. Bake at 180°C for 10 min, damper open.

Bake little rings of short crust and cool down. Pipe the Deli Yema into silicon moulds and bake. Cool down and freeze to demould easily. Put on a short crust ring and cover with the hot glaze Harmony Classic* (glaze). Decorate with caramelised sugar.

Put a wooden stick into the frozen Yema balls and dip frozen into the caramelised sugar and dip into fine pearl sugar (P1).

Make a shortcrust in tart shapes, fill with the Vivafil Wild Blueberry* (fruit filling) and bake. Allow to cool down and pipe the Deli Yema* on top. Glaze with Harmony Neutral* (glaze).
Decorate with fresh blueberries.

Melt the chocolate and the cocoa butter together and add the crisped rice. Work the coating at 29-30°C.

Make a brownie dough, fill with some Deli Yema* and bake. Allow to cool down to demould and cover with the crunchy glaze. Decorate with Carat Coverlux White* (compound chocolate) circles.

Made with eggs and sugar that have been gently heated together, to respect the original recipe, Deli Yema emulates the rich taste of that wellknown ‘crema de yema’.